To its owner, the cell phone is an indispensable lifeline at times of crisis, reuniting loved ones separated by unforeseen events at the touch of a button. But for members of the emergency services making life-and-death decisions, the cell poses a conundrum: Which of the numbers stored in its electronic address book should they call to reach a casualty’s next of kin?

Now a simple initiative, conceived by a paramedic in Britain, has gained momentum on both sides of the Atlantic to try to solve this problem. Cell users are being urged to put the acronym ICE — “in case of emergency” — before the names of the people they want to designate as next of kin in their cell address book, creating entries such as “ICE — Dad” or “ICE — Alison.” 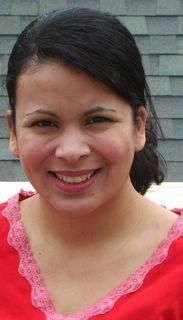 My good friend and ex-colleague Eileen Cruz Coleman has just launched Cruz Coleman Online Communications. Check out her site and keep her in mind if you or your organization need Web marketing assistance. She’s a consummate pro. (And of course she has a blog, as well.)

Tom Deja attended a recent technology convention in Chicago and has some very funny observations. Like:

As we walked into the hall, past the world’s fastest electric car (supposedly; as far as I could tell it was a large fiberglass canoe), through the sheet of steam onto which was projected a live image of the jackasses in front of us (seriously, who the fuck takes a picture of themselves getting their picture taken?), I could tell that my fantasy of the whole place being full of jive-talking robots and chicks in jet packs was a little off the mark. Instead, it was full of the aforementioned retarded cliques, suits two-fisting free Maker’s Mark and sweaty salesmen with glassy eyes and useless shit. Seriously, according to GE, the future is going to be pretty much exactly like it is now only our burglar alarms will work slightly faster and everyone will drive in tiny, super gay looking cars that can go 50 whole miles without being plugged in again.

Ever since discovering Bloglines a few months back, I’ve been meaning to write about how much I love the service. So here goes. Prepare to be proselytized (just like I’ve previously raved about delicious and Firefox and the Mac experience).

You’ve heard me mention RSS before — though a better way to describe RSS would be to avoid the acronym and focus on what it provides: Web feeds.

RSS (er, a Web feed) is simply a way to subscribe to automatically receive notices when Web sites have been updated. You’ll find all sorts of complicated descriptions out there, but it’s one of those things you kind of have to see on the screen to grasp. Which I why I urge you to check out Bloglines.

Web feeds hold a lot of promise, and I’d messed around with RSS before — I experimented with NetNewsWire and the Firefox RSS aggregator plugin. But I didn’t like the way those worked; I don’t like the idea of using a separate application (like NetNewsWire), and the I didn’t like the way the Firefox plugin appeared in my browser. Bloglines, however, is Web-based, so I can access it seamlessly using a separate tab in Firefox. (Another nomenclature-related bone to pick, though: Bloglines is a bad name, since the service can be used to track not just blogs but traditional news sites, weather, whatever — any site that provids a Web feed.)

(Oh, and a final note: when you get Bloglines up and running, don’t send me emails expressing your gratitude. Just subscribe to the newley.com RSS feeds — links to ’em are on the top left of this page. That’ll be thanks enough.)